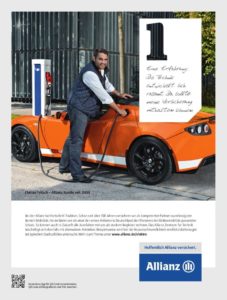 Florian Fritsch, being the enthusiastic racing driver (his racer profil at ADAC GT Masters in german) he is, already promoted a CO2-neutral motor sport at an early stage. Even though the electric cars could only be used as touring cars at that time, he always believed that motor sports and sustainability as well as a conscious approach to finite resources could be combined. This is why Florian Fritsch already founded a CO2-neutral racing team in 2010.

Around 200,000 spectators watched Florian Fritsch at the Nürburgring within the ADAC GT Masters 2011

Sustainability has to be fun

It was his vision to practice this sport without the usual emissions to show that environmental protection does not mean you have to give up joy and quality of life. Florian Fritsch summarizes his credo as follows: “Sustainability only works if it’s fun. Only then you can encourage others to join and make them live a little more sustainably. If everyone joins in, we can make the world quite a bit better.” In the meantime, Formula E proved that it is possible to completely get rid of emissions, also in professional sports. “This is a great step into the right direction,” says Florian Fritsch. Since a race accident at the Red Bull Ring in Spielberg (Austria) in 2011, Florian Fritsch is no longer active as a racing driver. At the time he was represented by touring car legend Roland Asch. Today, Fritsch advises and supports young talents. 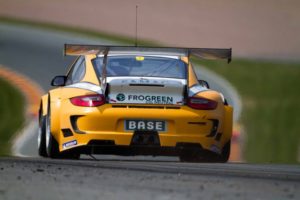 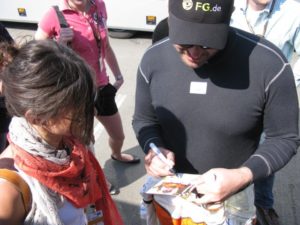 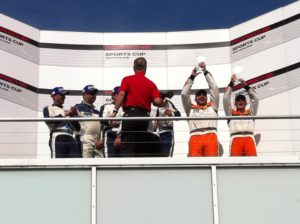 Florian Fritsch could also celebrate successes. Here at an award ceremony at Hockenheimring 2011