Stop talking – Just do it!

“Stop talking-just do it” – That’s the motto of serial entrepreneur Florian Fritsch. He founded his first company when he was 16 years old and is now a successful investor, consultant and business angel. As a recognized expert in real estate, electric mobility and renewable energy, he is interested in all innovative technologies that can make the world a little bit better.

In all projects that Florian has launched, sustainability remains a core value for him. That is why he participated, at the Clean Tech Media Award (today Greentec Award) as Plant-for-the-Planet Ambassador for climate justice or initiated the first CO2 neutral race team in motor sports for example. In order to get even more involved with the people, the nature and the environment in the future, Florian Fritsch and his wife have set up a foundation, which supports several charity projects including helping distressed people at sea, fighting climate change and increasing pollution of our earth or promoting art exhibitions and literary evenings. Florian Fritsch is a sponsor of the art museum ALBERTINA in Vienna and a supporting member of the association “Friends of the Albertina”. The Albertina houses are home to some of the most important art pieces in the world. 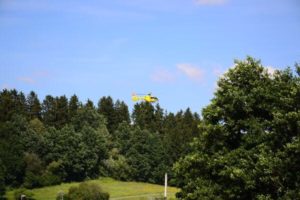 Florian Fritsch in 2011 on the way to neurosurgery at the University hospital in Graz (Austria), where an immediate brain surgery saved his life

Florian Fritsch and his accident in 2011

In addition to electric mobility and sustainable real estate, Florian Fritsch also invested in renewable energy particularly in deep geothermal energy. For health reasons, he was forced to withdraw from this business in 2011 after a serious accident. The subsequent years were marked by corporate disputes, which were partially taken in the public by the opposing sides to show their point of view. Finally in 2015, a mutually agreed deal has been reached with his former business partner, who took over the business after his accident. Florian Fritsch wishes him good luck in the further development of the project and a lot of success.

Since then, Florian Fritsch serves as a consultant in various areas of renewable energy production and supply. He also advises technology companies that search for new solutions in the field of sustainability, especially in real estate development.

Managing crises and empowering others

Friends and family describe Florian Fritsch as a living example of resilience (or psychological resistance). His ability to deal with crises, to overcome his difficult accident and the business issues that arose alongside it and to draw energy from these issues not only for himself but also for others is something that makes him stand out.